Debbie:  Maria, please tell us a little about yourself.

Maria:  I didn't always love to write stories. Beginning in Kindergarten, I started writing in a diary. I have nineteen completed diaries.  It's always been my outlet to write about my feelings. 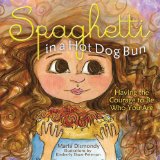 As a teacher for over a decade, I looked for books that would empower my students to be themselves. I was disappointed that I couldn't find books that were realistic with characters my students could relate to....so I decided to write one! I wrote my first children's book, Spaghetti In A Hot Dog Bun, based on what happened to me as an elementary student. The book has opened doors to so many wonderful opportunities. I resigned from teaching and am speaking to students across the state on the topics of reading, writing, bullying and building character. I had a dream to make a difference and I am smiling as I write this, knowing that dream is coming true. 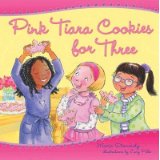 Maria:  In short, Spaghetti In A Hot Dog Bun is about having the courage to be who you are. A little girl is bullied for her big hair, unusual foods and for being herself. In the end, she doesn't change who she is, she remains the kind hearted little girl and helps her bully out when everyone else walked away. The Juice Box Bully was co-authored with Bob Sornson and is about empowering kids to stand up for others.  Pink Tiara Cookies for Three is about a group of three friends who have a hard time getting along because someone is always left out. My newest release is The Potato Chip Champ. It is my favorite of all four! It's a story of kindness and empathy. The message is timeless... It's not about what we have, it's about who we are!

Maria:  I have two books waiting for publication. I am currently looking for an agent and/or new publisher to publish these books. One of the books will be my first baby board book. It is a project I am very excited about.

Maria:  March is Reading Month so I have been traveling to a number of elementary schools for school assemblies. I will be speaking at The World Reading Festival in Lakeland Florida on April 13th along side Herman Parrish, author of the new Amelia Bedila series. I am really looking forward to this! 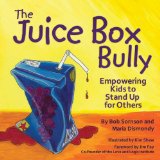 Maria:  My favorite Michigan bookstore is in Petoskey, McLean and Eakin. We have three libraries that are super close to our house that we alternate between. They are my favorite, not because of any reason other than the fact that it the place that my girls are developing their love for reading!

Maria:  My college roommate has invited me up to her cottage in the woods of Bellaire, Michigan every year for the last 14 years. We spend our days on the lake (Torch Lake). I feel like I am on a tropical vacation when I'm there. It is spectacular.

Maria:  Great question! We are a family that loves tradition and there are quite a few local events we attend annually. In May, we go to Comerica Park for a Tigers' game and we like to watch the Memorial Day parade in our hometown Walled Lake. In July, we watch the fireworks on our lake (Walled Lake). In August, we attend the Plymouth Art Festival. In September, we visit a local Apple Orchard. Our favorite is Three Cedars Farm in Salem Township. In October, we head back to Plymouth for a Trick or Treating event in their town center. Our favorite event in Michigan is in November, the Detroit Turkey Trot. We run the race with both our girls (you can't miss us with the double stroller) and watch the parade afterwards. I am probably missing something. Michigan has so much to offer!

Maria:  People in the mid-west start complaining about the winter around February. Michigan winters can be wonderful. They require a good coat, waterproof boots, a cute hat and warm gloves. We like to embrace the cold weather with winter traditions and activities. The four seasons keep you looking forward to what's next.

Debbie:  Last question.  Some folks in Michigan refer to themselves as Michiganders, others Michiganians. For our ongoing vote tally: are you a "Michigander" or a "Michiganian"?

Debbie:  We'll add you to the tally!  Maria, thank you for joining us today for Michigander Monday!
Posted by Debbie Diesen at 12:01 AM 6 comments:
Email ThisBlogThis!Share to TwitterShare to FacebookShare to Pinterest
Labels: Maria Dismondy, Michigander Monday 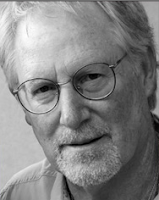 Debbie:  John, please tell us a little about yourself.

John:  I’m from New England but have lived in Michigan since 1986, when I began teaching at Michigan State University.  I was there for 11 years, and during that time I also taught at Western Michigan.  In 1996, we moved north to Marquette, where I’ve been on the English faculty at Northern Michigan University for the past 17 years.

My One and Only Bomb Shelter (Short Stories), Carnegie Mellon University Press, 2000

John:  I’m currently working on a novel set in Michigan, with a working title of Incognito, which begins during World War II and ends at the end of the century.  It’s about an Italian officer named Francesco Verdi, who is captured and brought to a prisoner of war camp in the Upper Peninsula.  When his life is threatened by a ruthless Nazi, Colonel Vogel, who demands that prisoners maintain a blind allegiance to the Third Reich, Francesco escapes from the camp with the assistance an American woman named Chiara, who lives in the village of Munising.  They fall in love, and with great difficulty make their way to Detroit, where they change their identities (becoming Frank and Claire Green), with the hope that they can remain together in the United States after the end of the war.  A decade later, Frank Green appears to be a law-abiding, married American citizen, but he is actually being sought by remnants of the Third Reich, led by Vogel, out to settle scores in America.  Ultimately, Green forms an unusual alliance with a U. S. government agent, who is determined to capture Vogel and have him deported to Germany, where he will stand trial for war crimes.  For years Green is caught between trying to conceal his real identity and being true to the man he has always been, and by the time he is elderly and living again in the U. P. he has a final confrontation with his past, when Vogel’s son tracks him down him in Marquette, with the intention of exacting revenge on his father’s behalf.

John:  Only one planned in Michigan at the moment.  I’ll be at Finlandia University in Hancock, Thursday, March 14, to give a talk entitled:  “History:  True Fiction.”

John:  That would be Snowbound Books on Third Street in Marquette, and Peter White Public Library, also here in Marquette.  Both wonderful places.

John:  I would say that would have to be in my sailboat on Lake Superior on a summer’s day.

John:  There are so many.  Let’s say—to stay with the boat theme—that there’s a day in May when most of the boats are launched in Marquette’s Lower Harbor.  It’s like Opening Day for sailors.  Sometimes it’s even snowing, but once the boats are afloat and tied up in their slips it means that for several months the lake will beckon.

John:  You want me to name names?  Ha!  Usually, when I walk into the Pub at the Landmark Hotel here in Marquette I’ll run into some people who are up to no good, though they will claim that it’s fun.  Artist Paul Grant, for one. 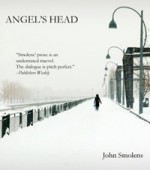 John:  People who don’t know where Marquette is often seem baffled, thinking we’re close to Detroit, which is more than 500 miles to the south.  The best thing to do is tell them that Marquetters live north of the majority of Canadians, and then let folks consult a map.

John:  I’m a widower and my wife, who was a native of Michigan, always insisted that the proper term was Michiganian and would get mad when I pointed out that Michigander was used in many publications (some of them respectable), but she would have none of it.  I like Michigander because it’s a bit of a hoot, or maybe I should say a honk.

Debbie:  We'll add you to the Michigander column.  John, thank you for being here today for Michigander Monday!

To learn more about John and his books, stop by his web site at johnsmolens.com.  His most recent books are published by Pegasus Books in New York.
Posted by Debbie Diesen at 12:01 AM 1 comment:
Email ThisBlogThis!Share to TwitterShare to FacebookShare to Pinterest
Labels: John Smolens, Michigander Monday
Newer Posts Older Posts Home
Subscribe to: Posts (Atom)