What Are You Reading Lately?

I recently wandered into Twitter (@debbiediesen), and though I’m not sure I’ll stick around there (I’m neither hip enough, interesting enough, nor socially savvy enough to really find a comfortable place in the Twitterverse), for those who inhabit it effortlessly Twitter is a dynamic and interesting place full of lively conversations and exchanges. There are lots of ongoing features and memes, and one I particularly like is “Friday Reads.”

The idea behind Friday Reads, launched and grown on Twitter by Bethanne Patrick (@thebookmaven), is to take a moment every Friday to share with the world what you’re currently reading. Given that this occurs on Twitter (where posts are limited to 140 characters), there’s no pressure to get into reviewing, critiquing, praising, or panning. It’s simply a nice opportunity to engage in a little water cooler talk about what’s on your reading stack.

Personally, I think it’s a great idea. The more we talk about our reading interests, the more we are apt to notice how integral and crucial books are not only in our own lives but in the overall life of our culture. Taking the opportunity to casually but regularly engage in “what are you reading” conversations in the public sphere helps elevate and highlight the importance of books and reading to us all.

So, with all this in mind, I thought I’d take a moment to do another blog entry (as I do every month or so) on what I’ve been reading lately.  My recent and current reads (some finished, some just started, some halfway through...) are:
(Note: Even though I’m a children’s book author, just FYI none of these books are kids’ books. I do read those, too, but lately my reading has trended more grown-up. Tends to ebb and flow.  Who knows, next month might be all Dr. Seuss...)

Anyway, now that I've told you mine, perhaps you’d like to take a moment to chime in in the comments about what you’re reading.  Or maybe this Friday you’ll want to participate in Twitter’s "Friday Reads" (use hashtag #fridayreads), either on Twitter or over on the Friday Reads page on FaceBook. Or, better yet -- if you don't already -- perhaps you will take the opportunity a couple of times each week to have a “what are you reading?” conversation with a friend or co-worker.

When you promote and encouraging reading by making it a discernible part of your online and offline life, it's good for us all!
Posted by Debbie Diesen at 6:21 PM 2 comments:
Email ThisBlogThis!Share to TwitterShare to FacebookShare to Pinterest
Labels: Debbie's To Be Read pile

One of my favorite quick bread recipes of all time is the Penzeys Apple Bread recipe.  You can find it several places online, including here; and you can find Penzeys Spices here.

Feeling inspired to bake it?  Just be sure that right around the time you put this apple bread in the oven you give me a call, so I can head on over.
Posted by Debbie Diesen at 8:03 PM 2 comments:
Email ThisBlogThis!Share to TwitterShare to FacebookShare to Pinterest
Labels: Apple Bread, Recipes

A few things I've meant to blog-post about, but have neglected to until now:


I think there are some other links I meant to post, so I may have another catching-up post later in the week.
Posted by Debbie Diesen at 6:29 PM No comments:
Email ThisBlogThis!Share to TwitterShare to FacebookShare to Pinterest
Labels: Bill Castanier, Book Reviews, Chris Singer, City Pulse, Mittenlit, The Children's Bookshelf, The Pout-Pout Fish, The Pout-Pout Fish in the Big-Big Dark, This and That, WCMU

A Very Good Reason To Mark Your Calendar for the Kerrytown BookFest 2011!

This blog ostensibly deals with children’s lit, especially children’s lit by Michigan authors and illustrators. But as any of you who’ve followed JTC for more than 2 minutes know, when I’m not in total blog-neglect mode, I do tend to wander a bit. In other words, it’s total eclectic-lady-land here: children’s lit blog entries alternating with bad poetry, workout reviews, random observations, short rants, long rants, and the occasional recipe.

But I think I’m somewhat on target with this blog entry, am I not?

That is, though it’s not pertinent to children’s lit, it does connect to the Michigan literary scene, yes?

Or at least that’s my story and I’m sticking with it.  But truth be told, this blog entry is really just an “I’m screaming because I’m so excited!” fan post!

(One tries not to be so excitable, but, well, there it is.  Excitability in a 43-year-old may not pretty, but it does happen.  Avert your eyes and carry on as best you can...)

And just what, you may be wondering, is the cause of my excitement?


Louise Penny will be at the 2011 Kerrytown BookFest!!!!!!
I hope you’re already familiar with author Louise Penny. If not, you should know that Louise Penny’s novels are utterly absorbing. I’m a mystery reader in general, but I read her novels not just, or even primarily, for the mystery and plot. It’s her characters that pull me in. They are real people to me – people I’ve met and gotten to know. People I think I should include on my Christmas card list before I remember, “oh, yeah, they’re not real.”

Read her books, and you'll know what I mean.

Anyway, this is all to say:  You absolutely must mark your calendar now for the next Kerrytown BookFest. Sunday, September 11, 2011 in Ann Arbor. Be there! There will be something for everyone*, but more importantly, there will be…


Louise Penny!!!!
To keep posted on all the latest Kerrytown BookFest guests, please see their web site, Facebook page, or Twitter feed.  I look forward to seeing you there.  I'll be the one stalking, er, enthusastically following Louise Penny around.  :)


*This past September I had the pleasure and privilege of being one of the many guest authors at the Kerrytown BookFest. The 2010 author line-up included authors for all reading interests and genres, and the 2011 line-up is sure to follow suit. Many of the 2010 authors (including me!) plan or hope to be back, and many new ones will be added. For reference, the 2010 authors were:

The Writers on the River Book Fair is today!  This year it's at the Bedford Branch Library in Temperance, MI.  Event details here, and full line-up of authors here.

It runs noon to three.  Hope you can make it!
Posted by Debbie Diesen at 7:57 AM 2 comments:
Email ThisBlogThis!Share to TwitterShare to FacebookShare to Pinterest
Labels: Writers on the River

Do you live in the Jackson, MI area?

If you're near Jackson, Michigan tomorrow, be sure to stop by the Ella Sharp Museum for the opening reception for "Blue Moon Over Michigan," an exhibit of the Michigan landscape art of Bev Tippmann, Carol Hatfield, Vivian Schilling, and Susan Miller.


The reception runs from 2-4 PM on Saturday, November 13, 2010 at the Ella Sharp Museum, 3225 4th St., Jackson, MI.  You should definitely go see these fabulous artists!  I've got two Susan Millers hanging on my walls, and I love them. 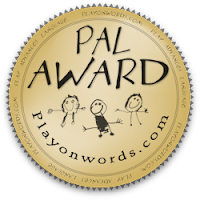 Mr. Fish and his pals are pleased to be the recipient of a PAL award!

Happily, The Pout-Pout Fish In The Big-Big Dark was one of the books chosen for the award!

You can read more about the award here; and the full list of 2010 PAL Awards can be found here.  And then be sure to nose around the Play On Words site, as there are lots of great articles and blog posts you might enjoy reading.
Posted by Debbie Diesen at 2:54 PM 3 comments:
Email ThisBlogThis!Share to TwitterShare to FacebookShare to Pinterest
Labels: PAL Awards, Play On Words, The Pout-Pout Fish in the Big-Big Dark

Sharpen your pencils for a pop quiz!  What do the following authors all have in common?
Give up?  Here's the answer:

Drawing for a free, signed copy of The Barefooted, Bad-Tempered Baby Brigade

Pop on over to Bianca Schulze's terrific site, The Children's Book Review, for an opportunity to win a signed copy of The Barefooted, Bad-Tempered Baby Brigade.  Click here for the direct link.
Posted by Debbie Diesen at 7:14 AM 2 comments:
Email ThisBlogThis!Share to TwitterShare to FacebookShare to Pinterest
Labels: Book Giveaways, The Barefooted Bad-Tempered Baby Brigade

Isn't this great?  It's a poster from the Clive Public Library in Iowa. 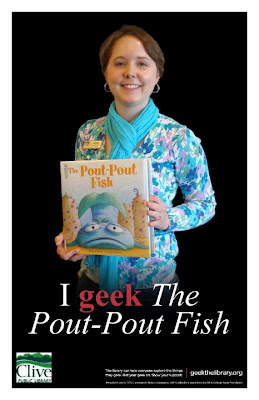 Thanks, Jenna, for sending it.  I definitely return the sentiment:  I geek libraries!
Posted by Debbie Diesen at 11:03 AM 1 comment:
Email ThisBlogThis!Share to TwitterShare to FacebookShare to Pinterest
Labels: Clive Public Library, Geeked, The Pout-Pout Fish

Laurel Snyder, author of children's books, poetry, and more, will be visiting Michigan this week.  She'll be at the Jewish Community Centers of Metro Detroit this coming Sunday, November 7, at 10:30AM and 4PM.  If you're in the area for her visit, be sure to attend!  Details here, and more information about her books here. 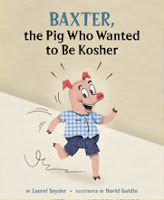