Debbie:  Rosalie, please tell us a little about yourself.

Rosalie:  I was born in the Upper Peninsula of Michigan and during my childhood lived between both lakes, Michigan and Superior.  My father always told the story that my first word was water, my second sky.  When my father died, I was only sixteen years old.  I checked books out of the Carnegie Library in Escanaba, Michigan, where I lived at the time and started reading about how to become a writer, and my first poems were born. They were not very good, but a few years later, a group of local writers that included Elinor Benedict, the founder of Passages North, took me under her wing when I joined her writers group.   Everyone in the group was kind and encouraging to me.  My first significant publication was a poem in Passages North.  Now, I have had poems published in journals such as the Southern Poetry Review, Seattle Review, The MacGuffin, Red Rock Review, Paintbrush, and many others. During National Poetry Month in April 2015, a broadside of my poem “New Year’s Day” appeared in the Michigan Poet, and in a subsequent anthology. I was extremely happy to receive that honor. Additionally, I have also had essays and fiction published and currently I am working on a novel whenever I can find the time to write, which is sometimes a challenge since I teach at Lansing Community College and have to grade numerous student essays.

Debbie:  And, of course, we want to know all about your new book.

Rosalie:  I am working on a new chapbook of poetry, and a novel.  I may have a poem accepted for an anthology of Upper Peninsula Writers to be published in 2017 by MSU Press. I’m keeping my fingers crossed.  Also, the writer’s group I founded in 2005, Writing at the Ledges, is working on a new collection of our work titled Promptly Speaking.  The concept is based on writing prompts we have used to begin meetings for the past two years.

Rosalie:  I will be launching my poetry book What We Keep at Everybody Reads Books and Stuff on Saturday, October 1, from 2:00 – 4:00 p.m.  There will be wine, cheese, and other snacks available. So everyone should come on out!

Rosalie:  My favorite Michigan bookstore in the Lansing area is Everybody Reads Books and Stuff. It is a great little place and so welcoming to everyone and all genres of writing.  Up north, my favorite bookstore is Snowbound Books in Marquette.  I always try to pop in there for a visit whenever I am in the U.P.  As for favorite Michigan libraries, I would have to say the Peter White Public Library in Marquette.  It was built in 1904 and is an architecturally lovely building.

Rosalie:  My favorite spot in Michigan is the Porcupine Mountains Wilderness State Park near Ontonagon, Michigan.  I served in 2008 and 2014 as Artist-in-Residence in the “Porkies,” as the locals affectionately calls them.

Rosalie:  My favorite Michigan festival is the Island Art Fair in Grand ledge. Writing at the Ledges always has a booth and we sell our books at it.

Rosalie:  I know many great Michigan writers and poets-one of my all-time favorite people is poet Judith Minty. I met Judith at the Bay de Noc Writer’s Conference in Escanaba in the 80’s and she reviewed some of my poems and was very positive about them.  It gave me the courage to keep writing.  Other favorite Michigan Poets and writers are Jack Driscoll, Michael Delp, Laura Apol, Jack Ridl and I could go on and on. I have met numerous Michigan authors whose work I admire and have a bookshelf full of signed books that I treasure.

Rosalie:  The Grand River is the longest river in the state of Michigan. I actually did not know that until I moved to Grand Ledge.


Debbie:  Rosalie, we'll add you to the Michigander column.  Thank you for joining us today for Michigander Monday!
Posted by Debbie Diesen at 12:01 AM 1 comment:
Email ThisBlogThis!Share to TwitterShare to FacebookShare to Pinterest
Labels: Michigander Monday, Rosalie Sanara Petrouske

Debbie:  Neal, please tell us a little about yourself.

Neal:  I grew up in Michigan and have always enjoyed children's literature, with a special fondness for children's poems. Now I write my own poems for a variety of children's magazines and anthologies. I also write stories, draw pictures, and teach cartooning to kids.

Debbie:  Please tell us about your poetry. 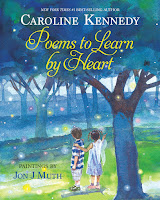 Neal:  I usually write light, humorous poems, sometimes with a twist at the end. I'm big on word play. Some titles include "Baby Ate a Microchip," "Creepy Pizza," and "The Vampire's New Clothes." Although I don't have my own book yet, my poetry has been included in over a dozen collections including Caroline Kennedy's recent anthology Poems to Learn by Heart, published by Disney -- as well as magazines like Highlights, Spider, and MAD, and professional publications such as The Journal of Children's Literature. This year a poem of mine won the SCBWI Magazine Merit Award. 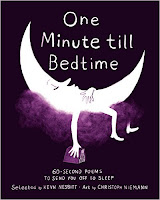 Neal:  One of my poems will be included in the new anthology One Minute till Bedtime, edited by former U.S. Children's Poet Laureate Kenn Nesbitt, scheduled to be released in Fall 2016.

Neal:  My "appearances" are mainly at elementary schools where I teach my cartooning workshops. I run three or four afterschool classes a week -- each at a different school in the Metro Detroit area -- for any kids who want to sign up and draw pictures. I also run classes for libraries, scouting groups, and other interested organizations. (These are drawing classes, not poetry.) You can contact me through my website to set one up: www.neallevin.com

Debbie:  Do you have a favorite Michigan library?

Neal:  I visit the Bloomfield Township Library, which is a mile from my home, at least once a week. It has excellent collections of adult and children's books, magazines, CDs, and DVDs, as well as computers, printers, and scanners.

Neal:  I love the woods, lakes, and open spaces of northern Michigan, especially the northeast section, which is a lot less developed than the west side.

Neal:  I spend my summers at Camp Walden, a summer camp for children outside of Cheboygan, where I get to combine my skills of writing and drawing by putting together a daily newspaper. Most of the kids are from Michigan or the Midwest, but a lot come from other states and countries, and many of the staff are British. 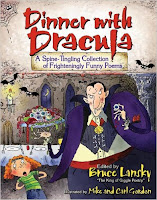 Neal:  Well, there's this guy in Mackinaw City who paints himself copper and pretends he's a statue. I don't know him personally, but I see him standing outside the fudge shops every summer. And then there are my friends Jean and Martin who are always fun when it comes to having cookouts.

Neal:  Mammoths and mastodons once roamed this state during prehistoric times, and the American mastodon is the official state fossil of Michigan.

Neal:  Michigander, for sure. That's what everybody answers, isn't it?

Debbie:  Neal, we'll add you to the Michigander column!  Thank you so much for joining us today!