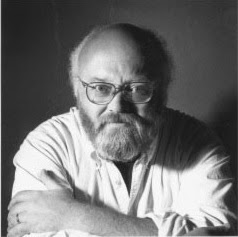 Debbie:  Keith, please tell us a little about yourself.

Keith:  Almost forty years ago, I was a young Canadian who had spent most of three years in France and planned to live the rest of my life in that country. When that life plan fell apart, I applied for a graduate school in creative writing and went to the program that gave me the most money. That was Central Michigan University; they had me teach two sections of freshman comp a term and paid me $3000 a year plus tuition. I figured I could live on that, and I did. Since then Michigan has been very good to me. I followed a woman to Ann Arbor in the late 70s, and worked as a bookseller here for most of twenty years. Along the way, I continued to publish in the small presses, and won a few awards. After I was awarded a National Endowment for the Arts grant in 1991, the University of Michigan asked me to teach a class. I did and apparently didn't do a horrible job, so they asked me again. And again. Fourteen years ago I quit selling books. Now I am the A.L.Becker Collegiate Lecturer in English, the Director of the Bear River Writers' Conference (the summer conference associated with UM), and Associate Editor for Michigan Quarterly Review. This state has been very good to me.

Keith:  If I can count chapbooks and co-edited or co-translated volumes (and I do!), I have published fourteen books since 1985. Of those, eight of them have been published by small or university presses in Michigan. Of the 20,000 or so books of mine in print (and this is mostly poetry, remember), I figure that something close to 75% of them must have been sold within the state. Although I didn't set out to become a regional writer, that is indeed what has happened. Although I hope for a larger audience, I am very proud and happy that I've earned the attention of the Michigan audience that I do have. Wayne State University Press published my last full length collection of poems, If the World Becomes So Bright, in 2009. They also did an anthology of contemporary Michigan ghost stories, Ghost Writers, I co-edited with my friend Laura Kasischke in 2011. I have published two chapbooks in the last couple of years -- Marginalia for a Natural History and The Ancient Murrelet.

Keith:  I feel very fortunate that the work keeps presenting itself to me. I am working on several things right now. A new chapbook consisting of travel poems that combine prose and verse is beginning to take shape in my mind. I'm beginning to imagine the next full length collection of poems growing out of these last few chapbooks -- a collection that would center around the necessities and weirdnesses of finding a home (and mine is, of course, here). I've also, just this week, started a new thing -- I've decided to send out a new short poem on Twitter at least once every other day (@keithtaylora2). We'll see how long that lasts, but wouldn't it be cool if I can keep it up for a while!

Keith:  I still have some appearances to help sell the lovely new anthology, Poetry in Michigan/Michigan in Poetry, edited by William Olsen and Jack Ridl, published by New Issues Press over in Kalamazoo. I'll have the Bear River Conference up at Walloon Lake at the end of May. And there are certainly several other appearances around the state before then. You could check my web site (www.keithtaylorannarbor.com) for a list of events that gets updated fairly regularly. In 2013 I have done 57 appearances, all but 4 or 5 of them in Michigan; that is almost certainly too many! 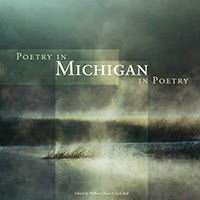 Keith:  I am indeed fortunate to live in Ann Arbor, a town with good bookstores and fantastic libraries. Of course we all worried when, in a very short period of time, Borders collapsed under its own corporate weight, and the legendary Shaman Drum Bookshop closed for several reasons. I had worked for both of those places, and I still miss them. But Nicola's Bookshop picked up the slack and did a very good job keeping Ann Arbor involved in the swirl of new books. And now a small, beautiful, boutique-y bookshop, Literati, has opened downtown. The young people who own it are working very hard to find and keep up with the right books for their audience. I have great hopes for them. Of course, the Ann Arbor District Library is one of the best public libraries in the country; it would have to be, given the demands of Ann Arbor's over-educated public. And my office is exactly a four minute walk from Harlan Hatcher Graduate Library at the University of Michigan, one of the four or five best libraries on the planet! And with my faculty card I have full access to their services. And now, with my named lectureship, I believe I will have that access for as long as I live! How could a bookish writer ask for more?

Keith:  Oh, favorite places in Michigan! I have a hundred. Not least of which is my own backyard. For many summers I have taught at UM's Biological Station up on Douglas Lake outside Pellston. That is certainly near the top. The Kingston Plains, the windswept beautifully bleak, ghost forest behind Pictured Rocks National Lakeshore. "Disney Land in Hamtramck," folk art hidden in an alley and hard to find. Isle Royale National Park, where I was Artist in Residence in 1991, and where I've returned only once. Thomas Lynch's secret house on a big lake in the north. The Detroit Institute of Arts. Sturgeon Bay and Wagoschaunce Point in Wilderness State Park. Little Cedar Lake Bog and surrounding trails in western Washtenaw County.

Keith:  I've gotten to enjoy the Bliss Music Festival a lot, although sometimes I just can't take the crowd. I'm afraid I lost my enjoyment in the Ann Arbor Art Fairs a few decades ago. We've tried several ways to get a book festival going in Ann Arbor, and now the Kerrytown Book Festival in September is going well, and generates excitement and a good crowd. I have hopes they'll keep that going. Some younger writers here in Ann Arbor have tried to start a State of the Book conference about Michigan publishing and writing. We had the second one this last September. It is not yet well attended, but I have hopes that it'll be able to garner a larger, genuinely state-wide audience.

Keith:  Oh, Michigan people! Wow. There are thousands of them. Thomas Lynch, undertaker and poet, again and again. Do you know Jerry Dennis, one of our best nature writers, from Traverse City? Terry Blackhawk, who does the essential work down in Detroit? Jamaal May, also from Detroit, one of the best young poets in the country? Alison and David Swan-- she's a wonderful writer, and they have both been fighting the long fight to save the Saugatuck Dunes area, for which they were once named "Michigan Environmentalists of the Year." Do you know of Rolf Peterson, who ran the wolf/moose study on Isle Royale until his recent retirement? Sue William Silverman and Marc Sheehan -- one of the powerhouse literary couples in the state, although not enough people know about them? William Olsen and Nancy Eimers, another power house literary couple? The great Jack Ridl, retired from Hope College, one of the best writing teachers in the world. My colleagues here at UM -- Laura Kasischke, Linda Gregerson, Van Jordan, Khaled Mattawa, Lorna Goodison, Thylias Moss, Nicholas Delbanco, Eileen Pollack, Michael Byers, Peter Ho Davies, Doug Trevor? Yeah, most of them came to Michigan for good jobs, but many of them will stay and become part of the fabric of the literary life in the state. Ray McDaniel, of the exquisite mind. Tom Fricke, chair of the Department of Anthropology at UM. The soft spoken, reserved, exquisite Eric Torgersen of Mount Pleasant. Robert Fanning now has Eric's old job; how lucky they were to find Robert! Detroit's irrepressible M.L.Liebler!  My friend Russ Fimbinger, retired principal from Harrison, and writer for the Hook and Bullet press, one of the finer people I know. Young writers just beginning to publish -- Ann Marie Thornburg, Airea "Dee" Mathews, Elizabeth Schmuhl, Russell Brakefield, Bruce Lack, francine j harris,  etc., etc. I've just been getting to know some really interesting writers who teach at Grand Valley State University. A host of writers in the Upper Peninsula -- Matt Bell, Matt Siegel, Janine Rastell, Julie Brooks Barbour, and others -- who are publishing well, setting up presses, keeping the fires burning. Steve Gillis and Dan Wickett who started Dzanc Books a few years back and have helped shape it into a significant force in American writing.  Oh, see, this is where I live! I love many many people. Someone might be offended that I didn't mention them. 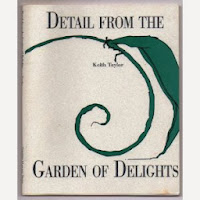 Keith:  I wish people would know and understand us by the contrasts of the state. Yes, we have Detroit, the city that led the world into post-industrial decline and now appears to be re-emerging on the other side as a very interesting place. But just 5 hours north, we are on the very edge of the great Northern wilderness, the sub-arctic forest that stretches all the way to the tundra. To the North Pole! I don't think there is another place on the earth that has such dramatic and important contrasts in so small a space. 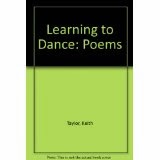 Keith:  I'm a Michigander. But it might be better to say, I'm part of a tiny subset -- Canadian Michiganders. We are indeed a special category.